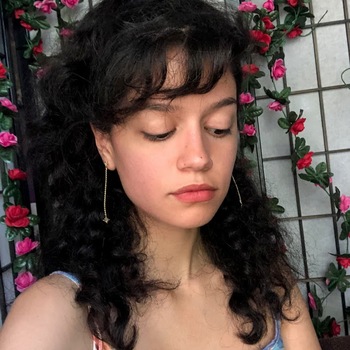 Angelica is a content creator on YouTube. Although the uploads on her account are simply labelled as ASMR videos, all it takes is one viewing to realize that's not what they actually are. A succinct description would be that they are comedy skits performed in a constantly soft-spoken manner that parodies actual ASMR.

As of late 2019, her channel has accumulated nearly 50 million views in four years. Her most popular video (at more than 2.7 million views) is 1300s A.D. "ASMR~ Nun Takes Care of You In Bed {You Have the Plague}"

, which is Exactly What It Says on the Tin.

If you haven't figured out by now, her content thrives on Surreal Humor.

Tropes that apply to Angelica videos include: