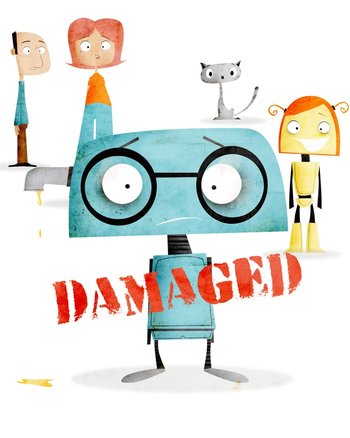 Damaged is an animated short series on YouTube by comedian Liz Miele.

The series follows two defective robots who were adopted by humans. Emily is a yellow girl robot with a mysterious acronym on her arm. TJ, her brother, is a robot with a faucet on the side of his head, since he's a juicer robot. They try to navigate school, live their lives, and along the way Emily is revealed to be very important to someone.