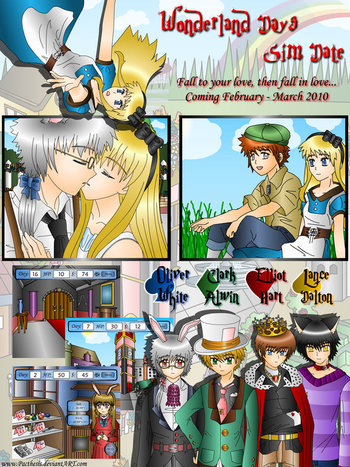 The promotional poster. Not appearing in the poster: Jack.

Wonderland Days is a simulation dating game based on the classical story Alice in Wonderland.

Alice is just spending an ordinary day with her buddy Noah, when she suddenly catches the sight of Oliver running by and jumping down a hole. Alice follows him into the hole and finds herself in Wonderland, an underground kingdom hidden from the surface. She has to wait for 30 days before the portal which she went through opens again, finding company in the other characters in the time.