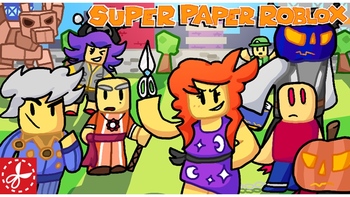 The game takes place in Paper Robloxia, a world filled with danger and surprises lurking around every corner. The player is tasked with finding the seven magic scissors to tear through the fabric of space and stop the sinister plans of the world's most infamous villains, led by a mysterious necromancer who has obtained divine powers.

of the game has been released, made by SirRovers after the original game broke due to various updates Roblox has made as well as Explode1's termination from ROBLOX.