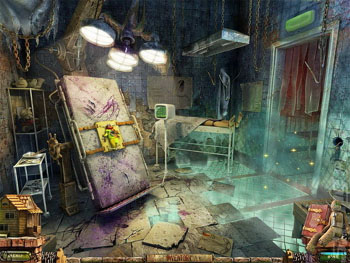 Keep your eyes on that clown, it's the (unwilling) Big Bad.
Advertisement:

Sam and Danielle Hunt are a recently married couple. One night as they sit together on the sofa, the door rattles, a package is left on the doorstep, and Sam vanishes. Danielle opens the box, to find that it contains a living doll who knows where Sam is. She finds his orphanage file, when his adopted parents become dolls. She goes to look for him at his old address, and finds a boy named Jimmy who looks exactly like Young Sam — which is when everything gets worse.