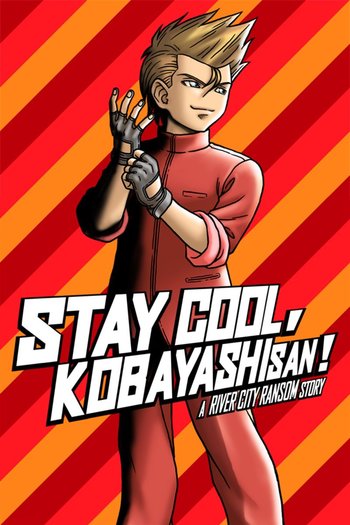 Stay Cool, Kobayashi-san!: A River City Ransom Story is a beat-em-up developed and published by Arc System Works, starring the titular Masao Kobayashi from the Kunio-kun series, one of the Reiho Big Four who fought Kunio back in River City Ransom. One day, he's approached by a mysterious person named Kouki Mizoguchi, a boy who claims to come from the future in pursuit of some evil corporation. Things get complicated from then on...

The game was released on November 7th, 2019 for Xbox ONE, Nintendo Switch, PlayStation 4, and Microsoft Windows. The official English website can be viewed here