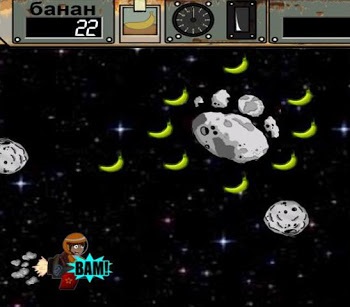 "DASVIDANYAAAAAAA!!!!!"
— Dmitri, when he dies.
Advertisement:

Space Ape is an adventure game created by nonPareil Institute, and released in 2012 for iOS, Android, and Ouya.

The premise is pretty simple: Space Cosmonaut Dmitri has been lost in space the last 40 years. Help him navigate his final hours through many dangerous obstacles in space!