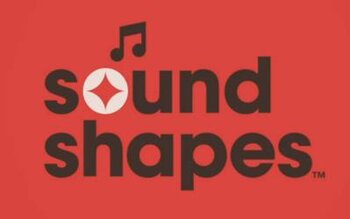 Sound Shapes is a Musical Gameplay Platform Game released in 2012 for the PS3 and PlayStation Vita. It was developed by Queasy Games and published by Sony. The base game comes with several "albums" worth of levels organized by theme. Once the player completes all these levels, the bonus "Death Mode" is unlocked, where the player needs to collect a sequence of notes within a time limit while not dying. Also included are "Beat School" levels, which are more of a Puzzle Game where the player needs to figure out how to place notes to match a given backbeat or melody.

The game also includes a level creator and player made levels are a large part of the replay value.