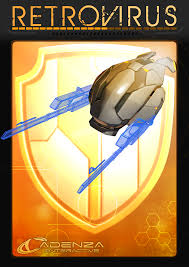 Retrovirus is a First Person six degrees of freedom shooter which sends players into the depths of a computer on a search and destroy mission against an invasive virus. The game was created by Cadenza Interactive, the indie studio behind the popular tower defense game Sol Survivor.

The game Retrovirus provides examples of: