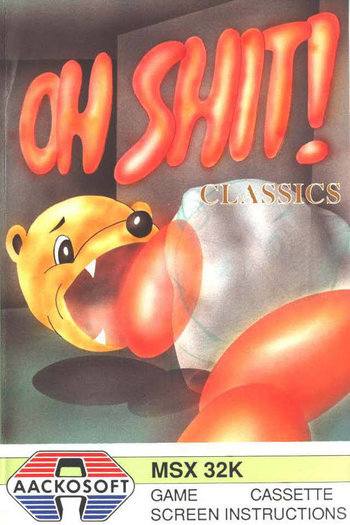 Oh Shit! is a video game developed and published by Aackosoft for MSX in 1985. It's a clone of Pac-Man since it plays essentially the same, though there are minor differences, like Pac-Man screaming "Oh shit!" as he dies and changing the ghosts' names.