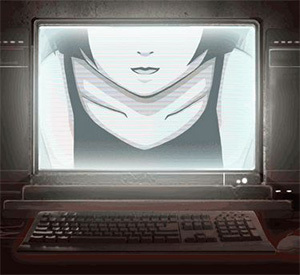 One night, you are driving home when an sudden earthquake strands you in the middle of nowhere. You enter a derelict building in search of aid, and discover a computer displaying a security camera feed of a room where a young girl stands captive. Using a two-way audio intercom, the girl introduces herself as Ellie Fosternote original Japanese name: 横井理恵 - Yokoi Rie and pleads with you to help her escape the room before her kidnapper awakens.

. An additional scenario with harder puzzles is also available for a small price.