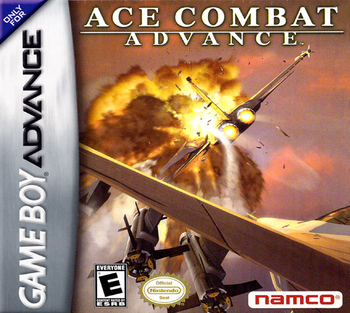 The sixth game in the Ace Combat series and the first one to be released on portable consoles (Game Boy Advance), having a different genre, and being made by a different developer (The Hungary-based Human Soft). You fly as "Ace" in what appears to be a prequel to Ace Combat 3: Electrosphere. Released in 2005.