Theatre / How I Learned to Drive 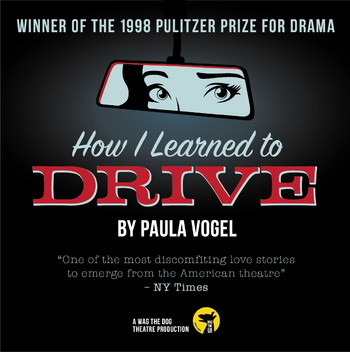 A woman, known to the audience only as L'il Bit, tells a story of her complicated relationship with her uncle. Uncle Peck taught Li'l Bit to drive. He also molested her, starting when she was eleven years old. According to the playwright, Paula Vogel, How I Learned to Drive is "a play about the gifts we receive from the people who hurt us" — and about control and manipulation. It is possibly the most heartbreaking play about pedophilia and incest you'll ever read or see.

It won the Pulitzer Prize in 1998 and was revived Off Broadway in 2012. The original cast included Mary-Louise Parker as Li'l Bit and David Morse as Uncle Peck. The play was supposed to run on Broadway for the first time in March 2020, but that was postponed by the coronavirus pandemic, and it is now scheduled for 2022.

How I Learned to Trope: