As this is a Tearjerker page, all spoilers will be left unmarked. You Have Been Warned!

If one is softhearted enough, The Saga of Darren Shan seems to run on these, with each novel having one or two. Quite appropriate for a story focusing on death as a central theme. 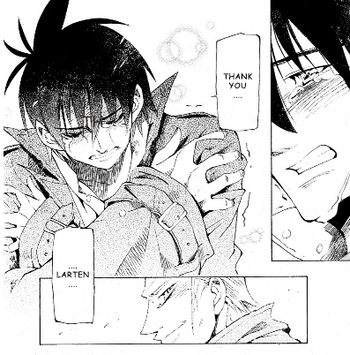 Hunters of the Dusk

Allies of the Night

Killers of the Dawn

The Lake of Souls

Lord of the Shadows