Really, it begins with the title "All Dogs Go to Heaven". If you're a dog-lover, it's best not to dwell on it too long.

From the original 1989 film 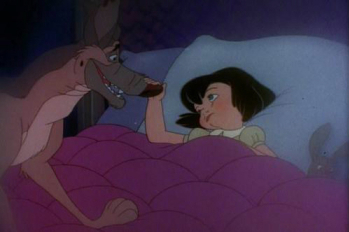 From the 1998 Christmas special