Series / Up the Women 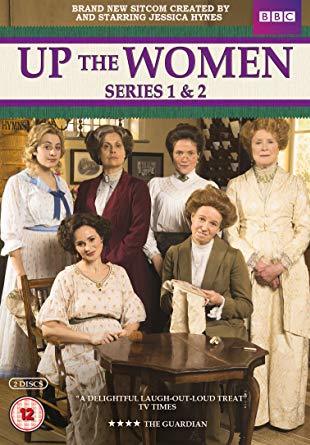 The first BBC 4 sitcom and the last sitcom to be filmed in front a live audience in the old BBC TV centre. It centres on the Craft Circle of Banbury who are shocked when Margaret returns from London with the new idea of 'Votes for Women'.

Up The Women provides examples of: