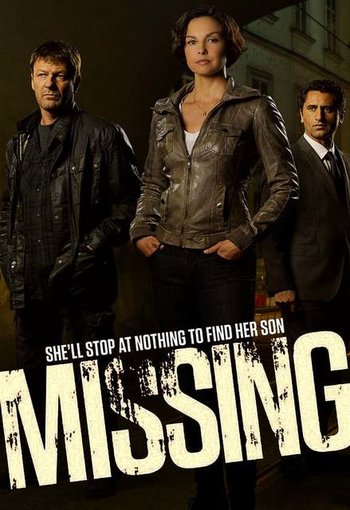 An ABC show from 2012 starring Ashley Judd, Sean Bean, Cliff Curtis and others.

Rebecca "Becca" Winstone (Judd), a former CIA agent, had spent over 10 years taking care of her son, Michael (Nick Eversman). She had a husband named Paul Winstone (Bean), who had been killed by a car bomb in 2001. Michael, once he's 18 years old, decides to go to Rome, Italy, for a summer architecture program. Becca is reluctant to let him go, but she does, having him promise to keep in touch with her. However, she doesn't hear from him for over a week, and the university calls her to say that Michael has moved out of his dorm room. Concerned, she heads to Rome to find out what happened. This is where the fun begins.