Series / May to December 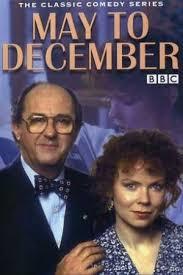 British Sitcom about a May–December Romance between Zoe Angell, a 26 year old P.E. teacher, and 53 year old widower solicitor named Alec Callendar. Zoe meets Alec when he handles her divorce and the two start a relationship, to the chagrin of Alec's prudish, busybody daughter Simone. Alec's son Jamie, who works at his father's firm, is more laid back about the idea. Zoe's family isn't very excited about the idea in the beginning, even though they like Alec in himself, and try to set her up with younger men. Other members of the cast include Hilary, the ditzy secretary, and Ms. Flood, Hilary's prim, long-suffering counterpart.

May To December contains examples of the following tropes: