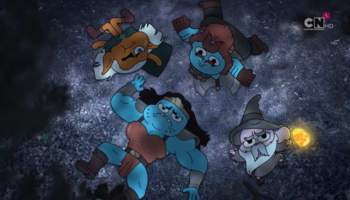 The Wattersons play a fantasy role-playing board game to resolve their differences.