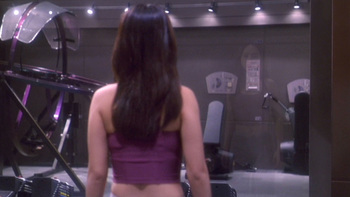 Hoshi slowly disappears, while the fanbase tries real hard to pretend this isn't a metaphor.
Hoshi is forced to use the transporter for the first time, and doesn't feel quite right afterwards...