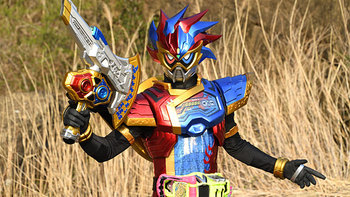 Well then, it's game time!

It was Emu who managed to return Poppy Pipopapo back to normal thanks to the bond they share, but it was not a time for relief. Suddenly Parado begins to manipulate Emu! "Let's do this, the most exciting of all games!" Emu managed to remove the Gashat Gear Dual that transforms Pallad into Kamen Rider Para-DX and uses it himself! Just what on Earth is going on?! Finally, the points connecting Emu and Parado are beginning to reveal themselves...