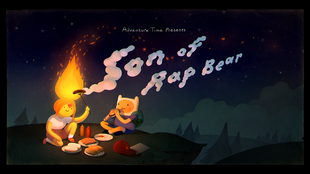 While partying with Finn, Flame Princess is tricked into wagering her kingdom on a rap battle against the Son of Rap Bear.