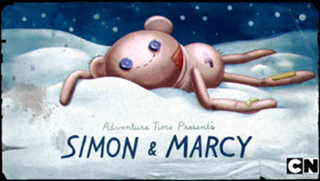 A look at what the Ice King and Marceline were like 996 years ago.