Radio / The Lives of Harry Lime 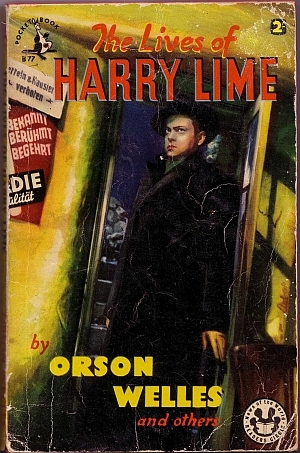 Orson Welles reprised his role of Harry Lime from the celebrated 1949 film The Third Man. The radio series is a "prequel" to the film, and depicts the many misadventures of con artist Lime in a somewhat lighter tone than the character's villainy in the film.

Most episodes would begin by playing "The Third Man Theme", abruptly cut off by an echoing gunshot. Then Welles would intone: "That was the shot that killed Harry Lime. He died in a sewer beneath Vienna, as those of you know who saw the movie The Third Man. Yes, that was the end of Harry Lime ... but it was not the beginning. Harry Lime had many lives ... and I can recount all of them. How do I know? Very simple. Because my name is Harry Lime."

In 1955, Welles adapted an idea he originally pitched to the radio show into Mr. Arkadin with Lime renamed as Guy van Stratten (or alternately another alias).

The Lives of Harry Lime contains examples of: