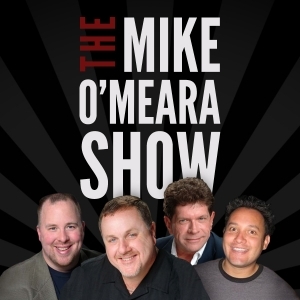 The Mike O'Meara Show is a podcast produced five days a week starring former radio host Mike O'Meara, former radio sidekick Robb Spewak, and Bolivian Oscar Santana. The gang discusses their lives, news of the day and anything they happen to find funny. They're the headline show for the MORE Broadcasting podcast network.