for being mostly shoehorning.

Warning that Nightmare Fuel pages are Spoilers Off! You Have Been Warned! 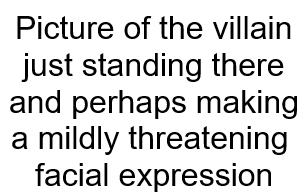 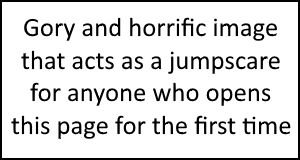 "Expression of horror and disgust from whoever first stumbled across the bloody mess illustrated above."note Both of these images will stay up until someone gets the memo that Moments pages no longer get multiple images and sends the page to IP.