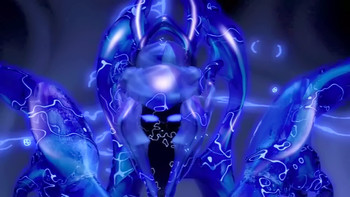 This film can get pretty scary, violent, and dark—even by Don Bluth's normal standards, lacking most of his kid-friendly comedy to balance out the nightmarish imagery as it's more geared for a more mature audience than the usual films he does. It starts off with the destruction of Earth and the near extinction of humanity and it gets worse from there.