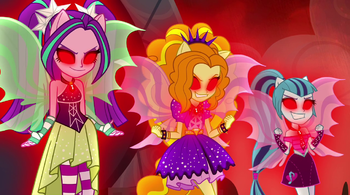 By the time you realize you've fallen Under Their Spell, it's too late.
Advertisement: