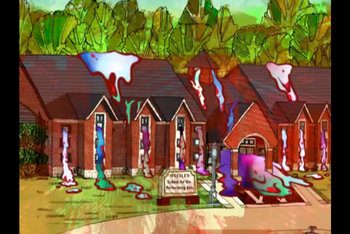 This thing was sealed away for a good reason. And it almost won.

A show about seven musically-talented middle school misfits and their ex-superstar teacher? Gee, how could this be scar- WHAT IS THAT?!