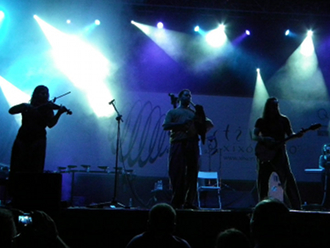 Xera is a band from Asturias, Spain. Their music is a mixture of traditional Asturian folknote which sounds a lot like Celtic music, owing to the historical settlement of the region by the Astures tribe of the Celts and techno. So their music varies from folk songs with dense electronic rhythm sections; to energetic techno songs with gaita, fiddle, and bouzouki carrying the melody; to everything in between.

All their music to date has been released under a Creative Commons license, and can be downloaded for free off their website