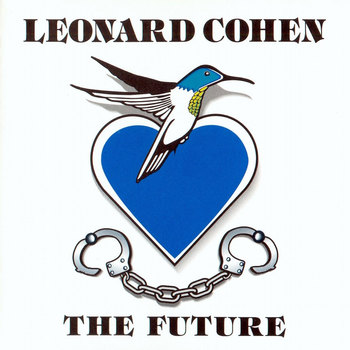 "It's coming through a hole in the air..."
Give me back the Berlin wall
Give me Stalin and St. Paul
I've seen the future, brother
It is murder
— "The Future"
Advertisement:

The Future is the ninth studio album by Leonard Cohen, released in 1992. All of its songs were written by Cohen—including one, "Waiting for the Miracle", co-written with frequent collaborator Sharon Robinson—apart from "Be for Real" and "Always", which were written by Frederick Knight and Irving Berlin respectively.