Music / Death of a Ladies' Man 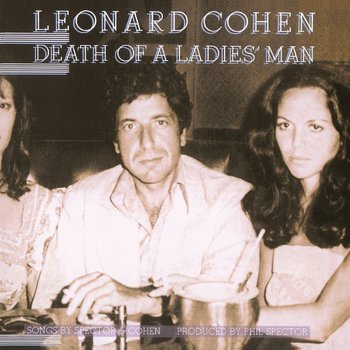 "I learned that love was out of my control..."
"So the great affair is over but whoever would have guessed
It would leave us all so vacant and so deeply unimpressed
It's like our visit to the moon or to that other star
I guess you go for nothing if you really wanna go that far"
— "Death of a Ladies' Man"
Advertisement:

Death of a Ladies' Man is the fifth studio album by Leonard Cohen, released in 1977. Its song were produced by Phil Spector and co-written by Cohen and Spector.

It is not to be confused with Cohen's similarly-titled volume of poetry, Death of a Lady's Man, which was released the following year.