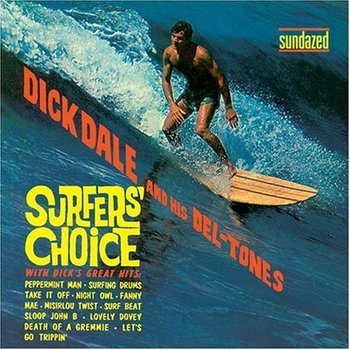 Surfers' Choice is the 1962 debut album by Dick Dale and his Del-Tones, often seen as the record that introduced the world to Surf Rock. The album is best known for the hits "Let's Go Trippin'" and Dale's Signature Song "Misirlou", which would become famous in 1994 as the opening track of Pulp Fiction. In a case of First Installment Wins the album is often seen as Dale's best. Despite this, the album was out of print for a long time, but reissued on CD in 2006.

The CD release added "Del-Tone Rock", "Jungle Fever", "Miserlou", "Eight Till' Midnight", "Lovin' On My Brain" and "A Run For Life" as bonus tracks.