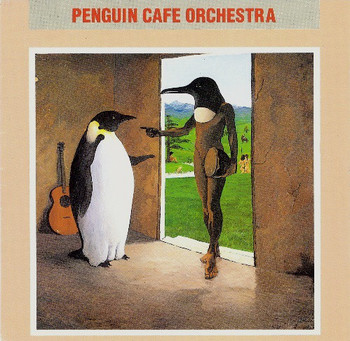 The Self-Titled Album.
Avant-garde chamber orchestra created by English composer Simon Jeffes. Even if you don't know the name, the chances are that you'll have heard their music in TV, film and advertising - especially the pieces which have become Standard Snippets, such as:
Advertisement:

There are also various compilations, as well as a posthumously-compiled Simon Jeffes solo album, "Piano Music".

Tropes in the work of Penguin Cafe Orchestra: