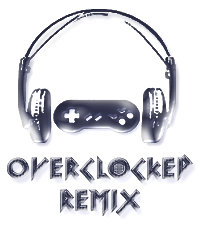 is a website and musical community "dedicated to the appreciation and promotion of video game music as an art form", focused on making remixes of video game music. All its music is free to download. In continuous operation since 1999, it is one of the Internet's Long Runner and has accumulated some three thousand remixes which cover games on everything from the Amiga to the Xbox, and every genre of music, be it hard-rock, classical, trance/electronica, whatever. Besides hosting individual tracks, the site also allows artists to collaborate on remix projects, starting with the Super Metroid album Relics of the Chozo

The people behind these remixes include professional musicians who do this on the side; a few have gone on to do work in the video game industry after getting exposure, most notably in 2008 when some were tapped to handle the Remixed soundtrack for Capcom's Super Street Fighter II Turbo HD Remix. A panel of judges is charged with assuring quality control on every track offered by the site.

There was a general bias towards techno remixes early in the site's history, but due to advances in samples and decreasing costs for quality home studios, it has since expanded to include other genres, even orchestrated symphonic mixes.

for those who prefer to stream instead of download, with every track mirrored there.

The list of recommended remixes has been moved to the Awesome Music subpage. Please put your recommendations there.