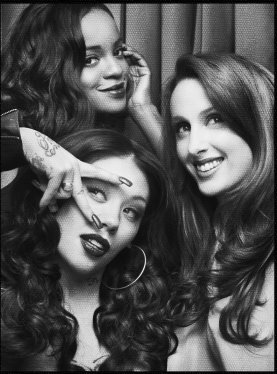 Mutya/Keisha/Siobhan (or "MKS" for short) was a short-lived girl group consisting of Mutya Buena, Keisha Buchanan and Siobhán Donaghy. They were previously the first incarnation of the Sugababes, active from 1998-2001 before Siobhan Donaghy left the group. The announcement of their reformation via social media on July 20, 2012 ended almost a year of speculation over whether the group were recording material for an upcoming album. They signed to Polydor Records in March/April 2012 (through a one million-pound deal) and registered their new name via the European Union on June 27, 2012.

However, despite several years of writing and recording sessions, an album was never released, most likely because of legal disputes. In 2019, the group regained the rights to the Sugababes name and brand, putting the fate of their new material under further doubt. In 2022, they finally released an album of material they'd recorded as MKS —titled The Lost Tapes— under the Sugababes name.