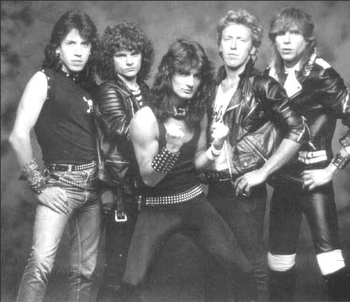 The band was created in 1982 by Salvador Domínguez, who named it after his eponymous song. The first self-titled album was released in 1983, with the single "Voy a tu ciudad". "Duro y Potente", the second LP, was released in 1984. The band broke up soon after, as the members lived in different cities.

The band had a brief reunion in 1987, and released a live LP the next year, "Alive N' Screaming". It included 4 new songs, in English. There was a second reunion in 2011, followed by another LP, "En vivo y potente"