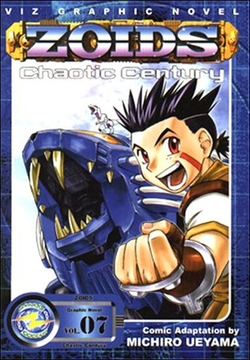 Zoids: Chaotic Century (known in Japan as "Kiju Shinseiki Zoido") was a manga written and illustrated by Michiro Ueyama, and published in Coro Coro Magazine. It was later published in North America by Viz, who gave it the same title as its anime adaptation. It outlasted its anime adaptation for several months until eventually being cancelled around the same time as the New Century anime. Ueyama continued the story in the form of an unofficial doujinshi, but it too remains unfinished.