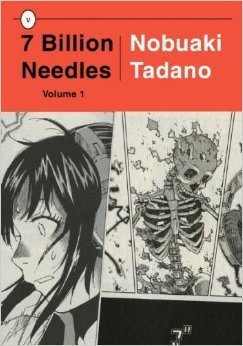 Hikaru Takabe may not be the most social of teens. Always sporting her headphones, she gives off an aloof aura that rubs her classmates the wrong way. But her not being part of the crowd takes on a different dimension when she becomes involved in an intergalactic game of cat and mouse.

Inspired by Needle, the Golden Age hard sci-fi classic by the late Hal Clement, Nobuaki Tadano's debut work brings a unique take on alien invasion up to date and into the maelstrom that is the Japanese high school girl.