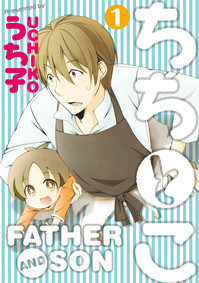 Father and Son is a shonen manga written and drawn by Uchiko. The series was first published in 2013 and is currently still being made.

Welcome to the bumpy, yet easygoing slice-of-life comedy of a certain father and son. The unpredictable and wild son, Shou. And the former gangster, hands-on father who looks out for him, You-san. Follow the lively father and son pair, as their everyday life is sure to eventful. Won’t you take a peek at this slice-of-life, slapstick but easygoing father and son comedy?

Father and Son provides examples of: