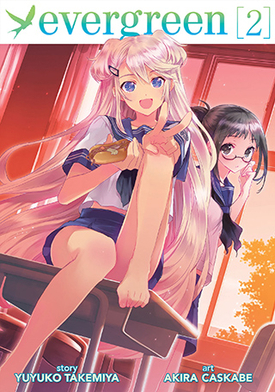 Manga Club captain Yoshimatsu Hotaka watches her from the club room's window during swim team practices. The swim club's beautiful ace, Awaya Niki, is the object of his affection, but being both weak in body (with a congenital heart disease) and shy, he is reduced to pining after her silently and from afar.

Hotaka does not participate in swim class due to his disease, but the gym teacher sets up a one-person after school gym class for him as a make-up. But he forgot to tell the swim team that their practice was delayed. And thus, Hotaka ends up meeting Niki in the worst way possible.