Literature / The Good Man Jesus and the Scoundrel Christ 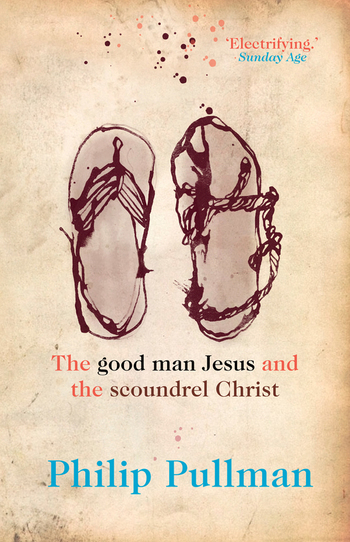 The Good Man Jesus and the Scoundrel Christ is a 2010 novel by Philip Pullman. It tells the story of Jesus as if he were two people, "Jesus" and "Christ", with contrasting personalities; Jesus being a moral and godly man, and his brother Christ a calculating figure who wishes to use Jesus' legacy to found a powerful Church.