Literature / The Girl Who Started the War to End All Wars 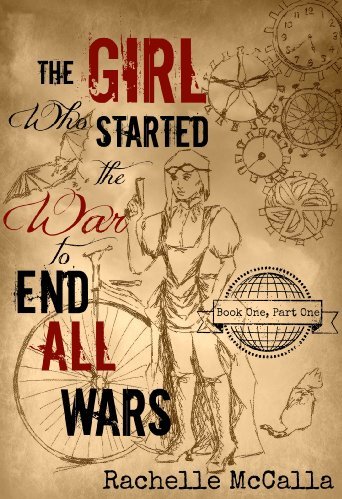 A Time Travel ebook in three parts, the first book of a planned series, with elements of Steampunk and Dystopia, written by Rachelle McCalla and published in 2013.
Advertisement:

In the year 2173, when humanity is on the brink of extinction some 200 years after a devastating nuclear war, a teenage girl named Torin Sinclair finds out that she is the exact lookalike of Countess Sophie Chotek, who, in the alternate timeline of the book's setting, died in 1885 of rheumatic fever and never had the opportunity to meet Archduke Franz Ferdinand. Torin is sent back in time to take Sophie's place and, if possible, avert the catastrophe awaiting the world...