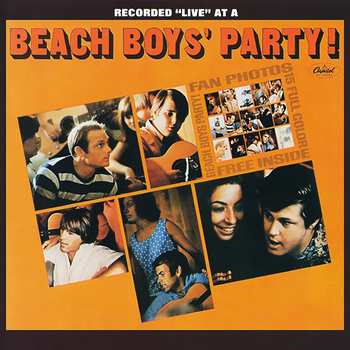 Beach Boys' Party! is the tenth studio album by The Beach Boys, released in 1965. Although Brian Wilson has been known to have said that he always wanted to do a party album, this album is generally considered to be a filler album, quickly recorded and released in time for Christmas to satisfy Capitol Records while Wilson was working on what would become Pet Sounds. As such, it is often left out of the discography, despite a sudden hit from the album with "Barbara Ann". Though even that is a major polariser in the Beach Boys fan-base.

Hits and fan favourites include "Barbara Ann", "You've Got To Hide Your Love Away", "Devoted To You" and "There's No Other (Like My Baby)".

2015 saw the release of Beach Boys' Party! Uncovered and Unplugged, an 81-track album which included the original tracklist without the "party" overdubs as well as lots of outtakes from the sessions, including several songs that were not included in the original release.