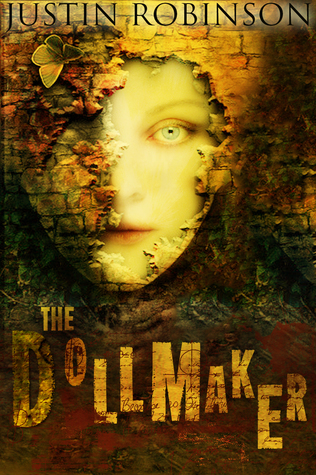 is a 2012 horror novel by Justin Robinson.

It centers around Stephen Monaghan, a genius who, unable to make a connection with a real woman, decides to make them instead: out of wood, porcelain, plastic, and glass. Each one takes a piece out of him, from his signature to his shadow and so on. The creation of life diminishes and ultimately changes the creator. The dolls: The Firstborn, the Knife, the Poem, the Sorrow, the Innocent, the Celestial, and finally the Incarnate, are all trying to find their place. Not as humans, but as something else.

Not to be confused with Harriette Arnow's 1954 novel of the same name, or its 1984 Made-for-TV Movie adaptation starring Jane Fonda.

The Dollmaker provides examples of: