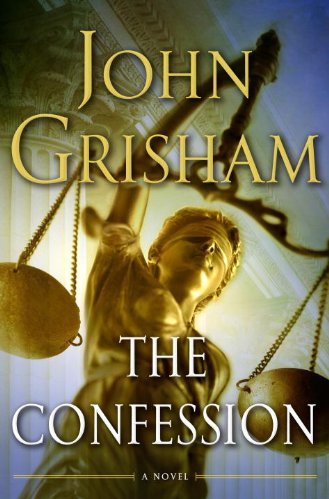 The Confession is a 2010 legal thriller written by John Grisham and was the first of his novels to be simultaneously released in digital and hardcopy format.

In 1998, Travis Boyette kidnapped and raped Nicole Yarber, a teenage girl and highschooler from Slone, Texas. He eventually killed her and buried the body in a location that only he knows. In his stead, a young black man named Donte Drumm has been arrested and convicted of Nicole's murder. And he has been on Death Row ever since.

With his own health in decline because of a brain tumor, Travis has been fighting with himself. Knowing the truth and that Donte's execution is imminent, Travis wants to make things right: confess to the crime he committed all those years ago and get Donte acquitted.

Has nothing to do with the same-named TV series.