Literature / The King of Torts 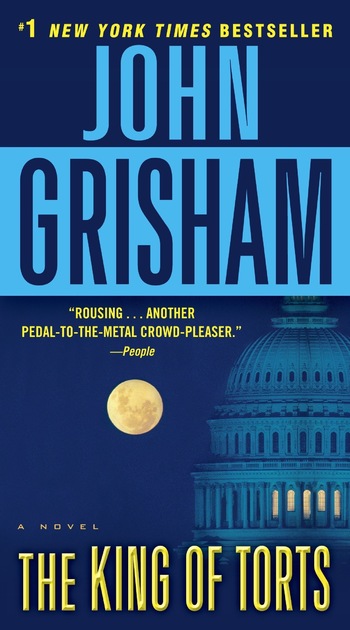 The King of Torts is a Courtroom Drama by John Grisham.

Jarrett Clay Carter II is a Washington, D.C. public defender. After taking on the case of a murderer, Clay discovers a connection between the murder and a drug trial gone horribly wrong. Clay encounters a shadowy figure named Max Pace who arranges for him to make settlements with pharmaceutical companies by informing him of faulty drugs. Clay finds himself moving up—but at what cost?