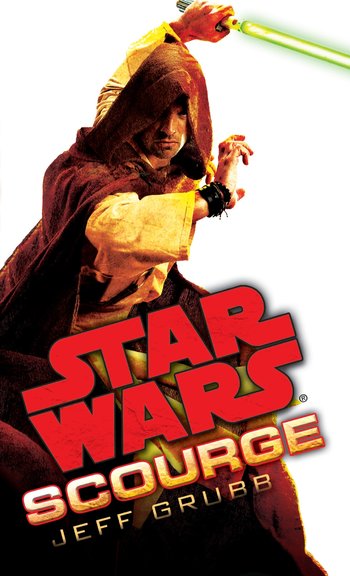 is a Star Wars Legends novel written by Jeff Grubb, set in 19 ABY note 19 years after A New Hope, 15 years after Return of the Jedi.
Advertisement:

Jedi apprentice Toro Irana succumbs to an inexplicable rage that sends him falling forty stories to his death during a mission. Jedi archivist Vander Zuma is sent to investigate the causes of his student’s death, and to continue Toro’s mission. What follows is a murder-mystery novel involving Hutt clans, spies, revenge-hungry Rodians and spice traffic.