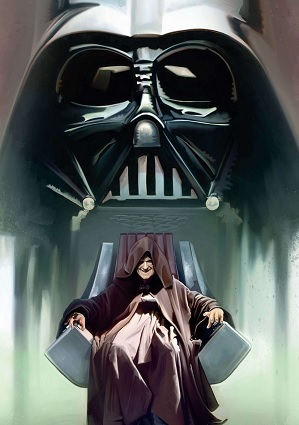 "Orientation" is a Short Story set in the Star Wars expanded universe written by John Jackson Miller. It appeared in Star Wars Insider 157 and was released on April 21, 2015. It ties into the novel Lords of the Sith and features art from Brian Rood.

While en route to Ryloth to deal with the Free Ryloth Movement, Emperor Palaptine and Darth Vader take a detour to meet with several chiefs of the Imperial Navy aboard the training vessel Defiance under the command of legendary naval trainer Commandant Pell Baylo. Darth Vader soon senses something amiss aboard the vessel and discovers a plot against the lives of himself and the Emperor.