Literature / Lyra and Bon Bon and the Mares from S.M.I.L.E. 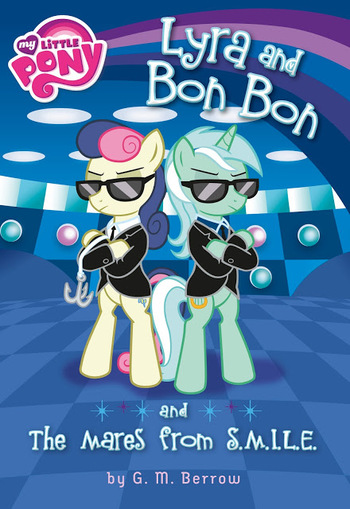 The eighth officially licensed My Little Pony: Friendship Is Magic chapter book of a series of books by G. M. Berrow, and part of the overall My Little Pony Generation 4 universe.

To save her friendship with Bon Bon after "Agent Sweetie Drops" is called back into action, Lyra teams up with her best friend to investigate reports of changelings infiltrating Appleoosa.

Lyra and Bon Bon and the Mares from S.M.I.L.E. provides examples of: